Compare prices on car hire in Hasselt from all the major brands and find the best deals. When you book through us, unlimited mileage and insurance are always included in the price given. 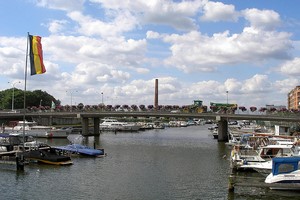 Hasselt is the capital of the province of Limburg and is located in northwestern Belgium , near the river Demer.The country’s capital of Brussels is 70 km west.There are almost 70 000 inhabitants in Hasselt (2008), and together with the suburbs is the population of about 400 000Like other Belgian cities flows is also a channel through Hasselt, namely the Albert Canal.

Hasselt was founded already in the 600s and received official city status in 1232 The city center is dominated by old buildings, including several half-timbered houses from the 1600s. Many of these are located around the city square the Grote Markt. The square is a charming place with old cobblestones and pavement cafes. In Hasselt, the museums for every taste, as the Stedelijk Museum of fashion back to 1830 and the outdoor museum Bokrijk.

The nearest public airports are Liège Airport and Maastricht Aachen Airport, both located about 45 km from Hasselt and offer flights to Spain , Italy, Portugal and Greece .Brussels International Airport has more flights and is located about 75 km away.