Compare prices on car hire in Bosnia from all the major brands and find the best deals. When you book through us, unlimited mileage and insurance are always included in the price given. 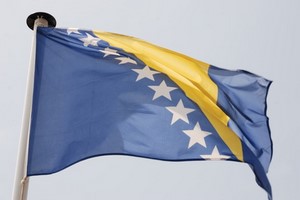 Bosnia-Herzegovina is situated in Southeast Europe and has 4.6 million inhabitants (2009). It is bordered to the west of Croatia , and Serbia and Montenegro in the east.On the south coast, the country has a small coastal strip from   Adriatic Sea.The landscape in Bosnia-Herzegovina is largely dominated by mountains and valleys and is centrally located in the Dinaric Alps. The highest peak is Maglic, located 2386 meters above sea level About half of the country is covered by forest, but there are fertile agricultural areas in the northern districts.

The land was formerly part of Yugoslavia, but after the civil war in the period 1992 – 1995 Republic of Yugoslavia was dissolved. The regions Bosnia and Herzegovina, which has never had a clearly defined boundary between them, became an independent state.

The country has three official languages: Bosnian, Serbian and Croatian. Bosnia is the northern part of the country, while Herzegovina is the southern Mediterranean region.

The capital of Sarajevo has about 420,000 residents – and hosted the Winter Olympics in 1984. The town lies in a valley surrounded by high mountains. Sarajevo is a popular winter resort with great skiing in the mountains Jahorina, Bjelasnica and Igman (which is just east of town). Sarajevo has historical and cultural tourist attractions.

Other major cities in Bosnia-Herzegovina’s Banja Luka, Bijeljina, Srebrenica, Tuzla , Zenica and Mostar . The country has experienced a strong increase in tourism in recent years and the only seaside town – Neum – is a popular seaside and holiday resort.

Sarajevo International Airport is one of the largest and most important airports, and is located 12 km southwest of the capital.

Try our search engine above to see rates on car rental in Bosnia. Some of the companies we compare in Bosnia include Sixt, National, Budget and Avis.