Compare prices on car hire in Mostar from all the major brands and find the best deals. When you book through us, unlimited mileage and insurance are always included in the price given. 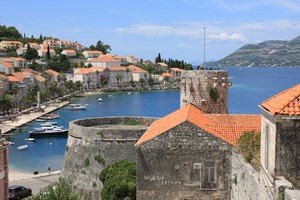 Mostar is a city in Bosnia-Herzegovina, which borders on Montenegro , Serbia and Croatia .The city is located in the country’s southwestern part, not far from the border of Croatia’s coast and the Adriatic Sea. Mostar is the fifth largest city in the country and the largest in the southern region of Herzegovina. The population of the city have been measured at nearly 130 000 (2007), and the river Neretva flows through Mostar.

The most famous attraction in Mostar’s Stari Most bridge, which means old bridge, from the 1500s. The guards who lived in the guard towers on each side of the bridge was called mostari.The bridge, like much else of the old and historic buildings were destroyed during the civil war in 1993. In 2004, the bridge completed rebuilt and in 2005 it was listed on UNESCO’s World Heritage List. Other historical attractions include the Turkish bathhouse Biscevica House from 1635. Mostar is a beautiful, lush city with historic sites, art center and inviting parks.

The city’s airport is called Mostar International Airport and is almost 8 km outside the city.