Compare prices on car hire in Venezuela from all the major brands and find the best deals. When you book through us, unlimited mileage and insurance are always included in the price given. 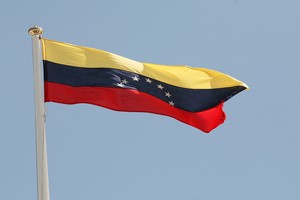 Republic of Venezuela is located in the northern part of South America, and has 26.8 million inhabitants (2009). The country has coastline on the Caribbean Sea in the north, the Atlantic Ocean to the east, the Gulf and Venezuela Maracaibo Lake.

Venezuela borders Guyana to the countries elsewhere in the east, Brazil to the south and Colombia to the west.

The country has a varied landscape – with the Andes in the west, and along the Caribbean coast in the north. The highest point is Pico Bolivar, which is 5007 meters above sea level Otherwise, the country consists mostly of lavsletter and plateaus.   Plateau in the southeastern part of Venezuela also has the country’s largest tourist attraction: the waterfall Salto Angel – the world’s tallest (978 meters).

Venezuela has largely tropical climate with hot and humid weather much of the year.

The capital of Caracas is located north of the country – approx. 10 km from the Caribbean Sea. Caracas about 3.1 million inhabitants (2008), and Venezuela’s administrative, economic and cultural center.

The city has many museums and theaters, as well as good shopping.

Other major cities in Venezuela’s Maracaibo , Barquisimeto, Valencia and Maracay.The country’s most important port cities are Maracaibo and Cabimas.

The island of Margarita is located in the Caribbean Sea, northeast of Caracas, and is the country’s most popular tourist destination – with white sand beaches along the coast. It also has beautiful palaces, churches, beautiful scenery and a bustling nightlife with discotheques and casinos.

Try our search engine to be surprisingly low prices quoted on car rental in Venezuela. Unlike many other providers will in us unlimited mileage included.