Compare prices on car hire in Birmingham Airport from all the major brands and find the best deals. When you book through us, unlimited mileage and insurance are always included in the price given. 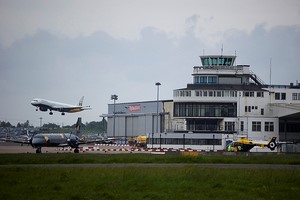 Birmingham International Airport (BHX) is 10 miles from Birmingham. In 2007, the sixth busiest airport in England. There are regular buses to and from Birmingham airport. The airport is one of the best train in the UK with 250 departures per day from stations located 500 m from the passenger terminal. Six different companies offering car rental. In 2008, the airport visited by 9,627,589 passengers. The five most popular destinations in 2007, Dublin , Amsterdam , Edinburgh, Belfast, Dubai .The airport is headquarters for bmibaby, Flybe, Monarch Airlines, Ryanair, Thomas Cook Airlines and Thomson Airways. The airport has an improvement plan until 2030. At Birmingham Airport offers 23 different shops including duty free, the selection of cafes and restaurants are also very good. There are three hotels near the airport, Novotel, Ibis and Etap.