Compare prices on car hire in Paldiski from all the major brands and find the best deals. When you book through us, unlimited mileage and insurance are always included in the price given. 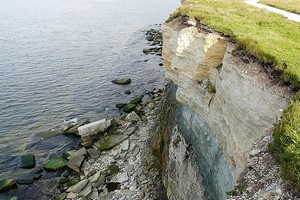 Paldiski is a town located on Estonia’s northern coast. The city is located on the west side of the country, on a peninsula called Pakri that has a location in the Baltic Sea. It is only approx. 50 km to the capital Tallinn, which lies to the east.The city belonged to the Swedes under the name Rågervik until the Russians took over in the 1700s. The population is measured at about 4000 (2008).

The ice-free port of Paldiski has long been important for both Estonia and Russia , and the Russian Navy had been the place as the base.The population has fallen sharply in recent years partly because of a Russian nuclear reactor that was here, and the inhabitants moved because the harbor is contaminated with radioactive waste.   Pakri peninsula has beautiful scenery with high cliffs, inviting beaches and that Estonia’s tallest lighthouse is located here. There are ferry connections between Paldiski and Kappelskär in Sweden .