Compare prices on car hire in Berlin Airport from all the major brands and find the best deals. When you book through us, unlimited mileage and insurance are always included in the price given. 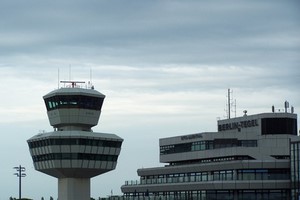 Berlin Tegel “Otto Lilienthal” Airport (TXL) Tegel is situated in 8 km north of Berlin .There is a shuttle between the airport and the center of Berlin. The car rental companies that offer their service at the airport are Hertz, Sixt, Budget, National, Alamo, Europcar and Avis. 14,500,000 passengers visited Berlin Tegel Airport in 2008, which is the largest airport of the 2 airports in Berlin. However, it is meant to be shut down in 2011 when Hauptstadt-Airport Berlin Brandenburg International will open an expansion of what is now called Berlin Schoenefeld Airport. The 3 busiest international destinations (2009), Vienna , London and Zurich .It is headquarters for Air Berlin, which has direct flights to most European countries. Berlin Tegel Airport has a wide selection of shops, bars, cafes and restaurants. Other amenities include wireless internet, meeting rooms, VIP lounge, baby / family room, post office, bank and first aid. 1 km from the airport is the Mercure Airport Hotel Berlin Tegel Airport.