Compare prices on car hire in Jordan from all the major brands and find the best deals. When you book through us, unlimited mileage and insurance are always included in the price given. 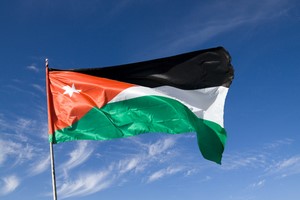 The Arab country of Jordan is located in the Middle East / West Asia, and has 6.3 million inhabitants (2009). It is bordered by Syria , Iraq, Israel and the West Bank – as well as Saudi Arabia .Jordan has coastline along the Dead Sea and the Gulf of Aqaba (which leads into the Red Sea).

The landscape in Jordan is mostly a desert, but the country also has some mountains / mountain ranges. To the west lies the Jordan River. The country is mostly continental desert climate with dry, sunny days and high temperatures all year round, but the northwest is the Mediterranean climate with warm summers and cool, moist winters.

Jordan is a fascinating holiday destination with Arabic culture, markets and interesting sights. The most popular tourist attractions in the country rock city of Petra in the south – which is listed on UNESCO’s World Heritage list – and excursions to the desert reserve of Wadi Rum in the south. Otherwise, the tourist towns of Aqaba Bay, Tala Bay Located on the southern tip of the Red Sea, year-round destinations – with the very best opportunities for sun and swimming.

North of the country is the capital Amman, which has 2 million inhabitants (2009). Amman is the country’s largest city – and the political, cultural and commercial center.Amman is also one of the oldest cities in the world. By tourist attractions must be the giant King Hussein Mosque is mentioned, as well as the Roman theater.

Other major cities in Jordan’s Zarqa, Irbid and Aqaba (Aqaba).

Car-hire.net offers car hire at the above airports and in most major cities in Jordan.