Compare prices on car hire in Lithuania from all the major brands and find the best deals. When you book through us, unlimited mileage and insurance are always included in the price given. 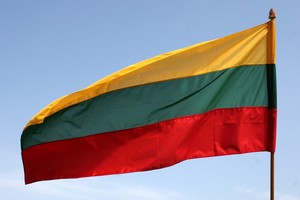 Republic of Lithuania is located in Northern Europe, and has 3.5 million inhabitants (2009). The country has coastline on the Baltic Sea in the west, bordering Latvia to the north, Belarus to the east and Poland to the south.Lithuania also borders Kaliningrad in the west – a small Russian administrative district.

The landscape of Lithuania consists of flat plains with forests, lakes and moraines. The highest point is Aukstojas, located 294 meters above sea level

The climate is a mixture of maritime and continental – with moderately cold, humid winters and cool summers.

The capital of Lithuania Vilnius , located southeast of the country by the river Neris.The city has 550,000 inhabitants (2009). Vilnius is the country’s administrative and commercial center, and was named as   European Capital of Culture in 2009.Here are several historic tourist attractions, great shopping and a varied nightlife.

Other major cities in Lithuania’s Kaunas , Klaipeda , Siauliai and Panevezys.

Klaipeda is situated on the west coast, and is the country’s only port city – with a ferry connection to such Germany and Sweden.

The main airport in Lithuania is Vilnius International Airport , located 7 km south of the capital.

Car-hire.net offering low rates on car rental in Lithuania and Riga. Try our user-friendly search engine to be surprised by the low prices and good selection.