Compare prices on car hire in Stavanger Sola Airport from all the major brands and find the best deals. When you book through us, unlimited mileage and insurance are always included in the price given. 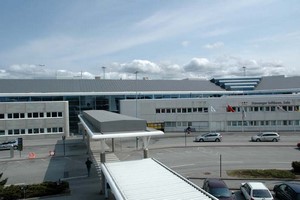 Stavanger Airport, Sola (SVG) is located in Sola municipality, 15 km southwest of Stavanger. There is a shuttle between the airport and Stavanger. The car rental companies represented at the airport are Hertz, Europcar, Sixt, Avis and Budget. Pick-up is very close to the terminal.

In 3742, 153 passengers in 2008, the Stavanger Airport, Sola Norway’s third largest airport.The sun was opened in 1937, and was Europe’s second paved the runway. From Stavanger Airport can fly to 44 different destinations, nine of which are national and 35 are international. Some popular destinations from the airport is Oslo , Bergen , Crete , London , Pisa and Rome .It also has significant helicopter traffic to and from oil platforms in the North Sea. The airport is about to expand. Stavanger Airport, Sola has a very good selection of eateries, one of them is Pulpit Rock Cafe located in the 3rd floor with great views and great design. It has tax-free, wireless internet, conference room and ATM. In August 2009, opened Rica Airport Hotel Stavanger, close to the terminal building.