Compare prices on car hire in Slovakia from all the major brands and find the best deals. When you book through us, unlimited mileage and insurance are always included in the price given. 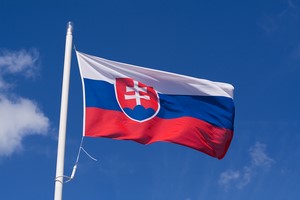 Slovakia lies in Central Europe, and has 5.5 million inhabitants (2009). The country borders the Czech Republic in the northwest, Poland to the north, Ukraine to the east, Hungary to the south and Austria in the southwest.

Along the northern part of Slovakia is the Carpathian Mountains in the Tatra and Fatra mountains – which has excellent ski terrain. The country’s highest mountain – Gerlachovský Peak – located 2,665 m above sea level The landscape elsewhere in the Slovak Republic consists of valleys and lakes – and the lowland plains of the south. Danube, the country’s largest river, and used for passenger traffic.

Slovakia has a temperate and continental climate with relatively hot summers and cold, damp winters. The lowlands in the south has the warmest climate.

The capital Bratislava is the country’s largest city with 430,000 inhabitants.Bratislava is in southwestern Slovakia at the Danube river – near the border with Austria and Hungary. The city is Slovakia’s political, cultural and economic center, and has great museums, galleries and theaters. The capital’s biggest tourist attraction is the Bratislava Castle (Hrad Bratislavský) – located on a hill overlooking the city and the Danube.

Slovakia is a year round destination with excellent winter sports opportunities in the mountains, several spa resorts with natural thermal water and great historical and architectural tourist attractions.

The country has five international airports, located in the largest cities. The largest and busiest airport   MR Stefanik Airport , located 9 km northeast of the capital.

Car-hire.net offers car rentals in major cities in Slovakia, including the capital, Bratislava. All prices on car rentals include the necessary assurances.