If you are planning on a journey in Ibiza, then you are probably wondering if there are car hire services that can perfectly meet your needs. Well, don’t worry. Several professional car rental companies have your back. Moreover, these companies have distinct ways of appealing to their clients, making it a lot easier for you to choose what you feel is best. This article walks you through various destinations within the town and the recommended car hire services. 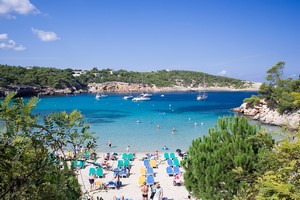 Ibiza is an island in Spain and is located off the eastern coast of Spain. It is 93 miles (150 km) from the city of Valencia. Ibiza is the third largest of the Balearic Islands. Its highest point, Sa Talaia, also known as Sa Talaiassa, is 1,558 feet (475 meters) above the sea level. The largest settlements in Ibiza are Ibiza Town, Sant Antoni de Portmany, and Santa Eularia des Riu. Most people know Ibiza for its association with electronic dance music and its summer club scene. Large portions of this island are registered as UNESCO world heritage sites.

Ibiza is known as the island of a thousand faces. It features delightful contrasts that make it quite appealing to visitors both from within and outside of Spain. Although the town is both multicultural and cosmopolitan, it is firmly grounded in its rural roots. It is an exceptional corner of the Mediterranean that is world-famous yet unknown some within the European continent. Many people visit it for its alluring, vibrant nightlife. It is a world heritage site with over 18 km of beautiful sandy beaches. It also features bright white houses. Other eye-catching things in this town are:

Ibiza Island is also known for its lively nightlife. No wonder it hosts most of the European nightclubs. The town’s quieter sandy coves are backed by pine-clad hills that are found along the coast, while its Platja d’en Bossa is lined with shops, hotels, and bars. Ibiza is home to several Spanish high-end hotels, such as the Hotel Gran Sol, Catalonia Royal Ses Savines, Agroturismo Can Cosmi Prats, Ibizazen, Casa Maca, Lux Isla, Sir Joan Hotel, One Ibiza Suites, Hostal la Ciguana, and Hotel Cas Catala. The island is highly protected from the commercialization and development of the main cities.

This rock island covers an area of 221.7 square miles (572.56 square kilometres). It is over ten times larger than Manhattan, over five times larger than Mykonos, but about six times smaller than Majorca. Ibiza comprises of five municipalities, namely Sant Josep de Sa Talaia, Vila d’Eivissa, Sant Antoni de Portmany, Sant Joan de Labritja, and Santa Eularia des Riu. As at 2001, Ibiza had a total population of 88,076. It was estimated that this population would rise to a whopping 147,914 by 2019. The island experiences a hot-summer Mediterranean climate, with an average annual temperature of 18.3 degrees Celsius.

Explore with your Rental Car

There are lots of exciting places, attractions and restaurants within Ibiza that you can visit with your rental car. You can start your day at Ibiza by driving to some of its high-end boutique shops, trendy bars, restaurants, or hotels overlooking boats in the Mediterranean Sea. At such destinations, no one seems to be in a hurry. You should take your time and get a true feel of Ibiza, as well as make good use of this playground of the rich and famous. You can also drive yourself to Carrer Andenes where there are excellent restaurants to enjoy some coffee.

Are you fashion-savvy? If your answer is a yes, then you may consider visiting the hippy market in Es Canar. Punta Arabi Hippy has grown to be among the best markets in Ibiza. It features large assortments of one-of-a-kind jewellery and hippy fashion every Wednesday throughout the summer. Alongside the fashion stuff, there is also loud music that entertains the crowd. You can also stop and have a bite at one of the tasty food stalls. This quirky market that has a dedicated children’s zone is an excellent place for families. Its tall pine trees keep the temperature down.

You will also love Ibiza for its sandy beaches, which you can visit using your rental car. From peaceful unknown strips to famous beaches, and from family beaches to hippie beaches, Ibiza has it all. If you are looking for a place that is family-friendly and relaxed, try visiting Cala Jondal, which is located in San Jose. However, if you desire to party with celebrities, you should consider driving to the Las Salinas in Playa d’en Bossa, which is located in the south of Ibiza. The facility is filled with the sounds of DJ beats.

Come to think of breathtaking sunsets and Ibiza has it all. People regard Ibiza as the best place for watching the Mediterranean sunset. Regardless of the season, the beautiful scenery and the sea on Ibiza offer breathtaking sunsets. Anyone hunting for top-notch natural beauties that an island can offer should consider this island as one such destination. While at Ibiza, you can watch sunsets like Benirras Beach, San Antonio Bay, or Sunset Strip. The good better part is that it’ll take you a short time to drive from one location to another.

At the southwest of Ibiza, and approximately 4.3 miles (7 km) from Ibiza town is Ibiza airport. This public airport serves the entire island and connects the residents to the neighbouring cities and attractions. It serves both the Formentera in Spain and the Balearic islands of Ibiza. It features several dozen seasonal routes to cities across the continent of Europe, as well as year-round domestic services. Residents also use this airport as a seasonal base for Vueling.

The Spanish Airport and Air Navigation operate Ibiza Airport. It has a 2.800-metre long asphalt paved runway and one passenger terminal. Being one of the primary airports of the Balearic Islands, it primarily serves well over 4.5 million passengers a year. Among the top airlines that serve Ibiza are Jet2.com, MyAir, Niki, Thomas Cook Airlines, Vueling Airlines, Thomson Airways, Ryanair, Germanwings, Easy Jet, Monarch Airlines, Air Europa and Air Berlin.

The airlines serving Ibiza Airport have numerous destinations. Air Europa, for instance, flies to Bologna, Gran Canaria, and Palma de Mallorca. Other airlines also fly to Vienna, Turin, Malta, Manchester, London-Heathrow, and Paris-Charles de Gaulle among other destinations. While at the airport, you can access car rental services from companies, such as Hertz, Europcar, Avis, and Alamo companies. Through a Google search, you can view and compare the prices of various car hire companies to enable you to make the best selection.

Renting a car gives you the best opportunity to explore the real Ibiza. There are, however, some vital tips you need to know about the wheel in Ibiza. The roads in Ibiza have been tarmacked sporadically, and those that had potholes have been filled in. However, there are a few roads that are poorly tarmacked. You need to drive carefully. Although the smaller roads that lead to farmhouses and secluded beaches might appear a bit scary, they are all fine if you take your time to drive carefully.

While on the road, be sure to drive on the right. Although the authorities expect you to observe a speed limit of 37 mph (50 kph) in towns, it is acceptable to do 57 mph (90 kph) in rural areas. Any violation of traffic rules might cause you fine, especially if caught by the policemen. Parking in Ibiza Island is not always easy, more so in the tourist areas. However, there is paid parking in the blue-marked regions.

If you have a UK disabled “Blue Badge”, you can use it to park accordingly. The blue lines in street parking areas indicate the zone where you need to pay the parking fee. It’s upon you to seek out the ticket machine within the surrounding so that you can make your payment then display your ticket. Although these parking zones occasionally have free periods, you should note that there is a remarkable variation from one area to another. White lines in an area imply there is free parking. Yellow lines suggest that no parking is allowed within the region.