Compare prices on car hire in Caracas from all the major brands and find the best deals. When you book through us, unlimited mileage and insurance are always included in the price given. 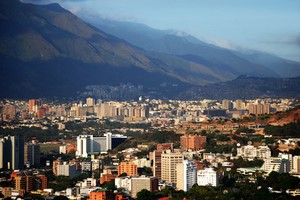 Caracas is the capital of Venezuela – and is a densely populated city with 1.7 million inhabitants (3.6 million, the suburbs are included).Caracas is located north of the country, 1000 meters above sea level – and approx. 12 km south of the Caribbean, where we find the capital’s port city: La Guaira.

It was the Spaniards who founded Caracas in 1567, but by a huge earthquake in 1812, most of the buildings from the city’s earliest history destroyed. Caracas Cathedral, built in 1594, did, however – and is today the capital’s main attraction. Much of the rebuilt city of representing otherwise a neoclassical style.

Other popular attractions to the National Mausoleum Panthéon mentioned. It is inspired by the similar structures in Rome and Paris – and was built in 1874 on the ruins of an old church that was destroyed in 1812 earthquake.Also the reconstructed childhood home of national hero Simón Bolívar (1783-1830) are among the most popular destinations.