Compare prices on car hire in Hirtshals from all the major brands and find the best deals. When you book through us, unlimited mileage and insurance are always included in the price given. 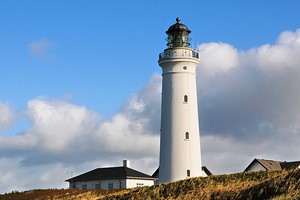 The small town of Hirtshals, with its 6,310 inhabitants (2009), located north of Vendsyssel – specifically in Hjørring municipality in Region Nordjylland. It is a relatively young city, growing up in the first half of the 1900s around a newly added fishing and ferry port. It is still first and foremost as fishing and ferjeby Hirtshals is known.

Largest city tourist attraction is Nordsøen Oceanarium (formerly Nordsømuseet) – Northern Europe’s largest aquarium. There are between 2000 and 3000 domestic and exotic fish, which can frolic in a total of 4.5 million gallons of water. In addition, visitors can experience daily seals being fed and playing in a separate selarium.