Compare prices on car hire in Malta Airport from all the major brands and find the best deals. When you book through us, unlimited mileage and insurance are always included in the price given. 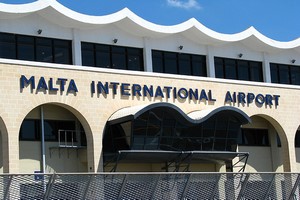 Malta International Airport (MLA) is located 8 km south of Valletta, between the towns of Luqa and Gudja, and is the only airport in Malta .There are regular buses between the airport and Valletta .The car rental companies are represented at the airport are Alamo, Budget, Europcar, Hertz, Avis, National, Sixt and Thrifty. 3,124,846 passengers visited the airport in 2008. It is headquarters for the national carrier Air Malta flying to many destinations in Europe. The 5 most popular international destinations from Malta are London , Manchester , Frankfurt , Rome and Munich .

Malta International Airport has a good selection of shops, cafes and bars, but no restaurant. The airport has received several awards and has a very nice design. Other amenities include a bank, post office, wireless internet, business lounge and tourist offices. There are no hotels at the airport, the closest is the Golden Tulip Vivaldi Hotel.