Compare prices on car hire in Mexico from all the major brands and find the best deals. When you book through us, unlimited mileage and insurance are always included in the price given. 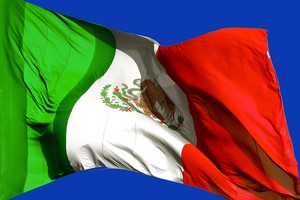 Mexico, which has approx. 111 million inhabitants, is the southernmost country in North America. In the north it borders the United States – and in the south to the Central American countries Guatemala and Belize.Otherwise, Mexico has a long coastline facing the Pacific Ocean to the west and the Gulf of Mexico to the east. The country’s official language is Spanish, but there are also spoken a number of different minority languages.

Mexico has a huge area – nearly 2 million km2. Accordingly, multiple climate types represented. In the north we find thus desert climate, while in the south are large forest areas with tropical climate. Otherwise, the coastal areas in east and west and then ravaged by severe hurricanes.

Parts of Mexico is a land of mountains – where the highest peak, Pico de Orizala, located approx. 5,700 m There are also several major rivers in the country – where the longest, which empties into the Gulf of Mexico, forms the border between Mexico and the United States . In the United States called the Rio Grande, while the Mexicans call the Rio Bravo.

Car-hire.net offers car rental throughout Mexico including popular holiday destinations such as Cancun and Villahermosa .Select destination in the search engine above for a list of available rental cars.