Compare prices on car hire in Lebanon from all the major brands and find the best deals. When you book through us, unlimited mileage and insurance are always included in the price given. 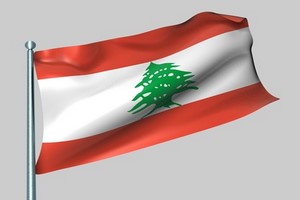 Lebanon is located in the Middle East, and has 4 million inhabitants (2009). The country’s coastline in the west to the Mediterranean Sea, bordering Syria in the north and east as well as to Israel and Palestine in the south.

The country’s official language is Arabic, with French and English as a minority.

The landscape of Lebanon consists of high mountains and mountain ranges, fertile valleys and plains. The highest point is Qornet Es-Saouda, located 3090 meters above sea level – and forms the border with Syria in the north.

The climate in Lebanon is varied with a Mediterranean climate along the coast, steppe climate against Syria and mountain climate in upland areas – where the precipitation falls as snow in winter.

The capital and largest city of Lebanon is Beirut , which has 1.8 million inhabitants.Beirut is located west of the country, and is one of the most important ports in the Middle East. The city is also the country’s center with respect to economy, culture and commerce. Beirut has many sights, art galleries and museums – as well as excellent shopping and varied nightlife.

Other major cities in the country is Tripoli, Zahle, Sidon and Tyre.

Lebanon has much to offer for tourists, including archaeological and historical sites, beautiful beaches along the coast, as well as beautiful and varied scenery.

The main airport in Lebanon, Beirut Rafic Hariri International Airport, located 9 km south of the capital. From here there are direct routes to such Frankfurt , London and Paris .

Car-hire.net has a wide selection of rental cars in Lebanon. Our engine compares prices from multiple companies and ensures you low prices.