Compare prices on car hire in Syria from all the major brands and find the best deals. When you book through us, unlimited mileage and insurance are always included in the price given. 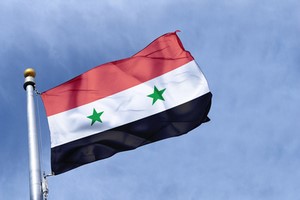 Syria (officially: The Arab Republic of Syria) is located in the Middle East and has 21.9 million inhabitants (2009). The country has coastline on the Mediterranean Sea, bordering the countries Turkey , Iraq, Jordan , Lebanon and Israel .

Syria has a varied landscape with deserts, plains and mountains. The coastal plains in the west consists of sand dunes. The country’s main rivers – Euphrates – is located in the east. The highest mountain is Mount Hermon – situated 2814 meters above sea level, on the border between Syria and Lebanon .

The country is mostly a subtropical climate, with hot dry summers and cool winters. Nevertheless, the coastal areas in the west Mediterranean climate, and the eastern areas have desert climate.

The capital of Damascus is Syria’s cultural and religious center, located southwest of the country.

Damascus has 1.6 million inhabitants (2008), and is one of the world’s oldest cities. The most popular tourist attractions here are the Old Town with its narrow, crooked streets, countless bazaars and several churches, mausoleums and mosques. It is listed as a UNESCO World Heritage Site. Other major cities in Syria: Aleppo, Homs, Ar-Raqqah, Hama, and Latakia.

Book a rental car in Syria and Damascus for a low price through Car-hire.net. Booking car rental is easy. Select the destination into the search engine above, enter your age and click Search to get instant prices on car rentals.